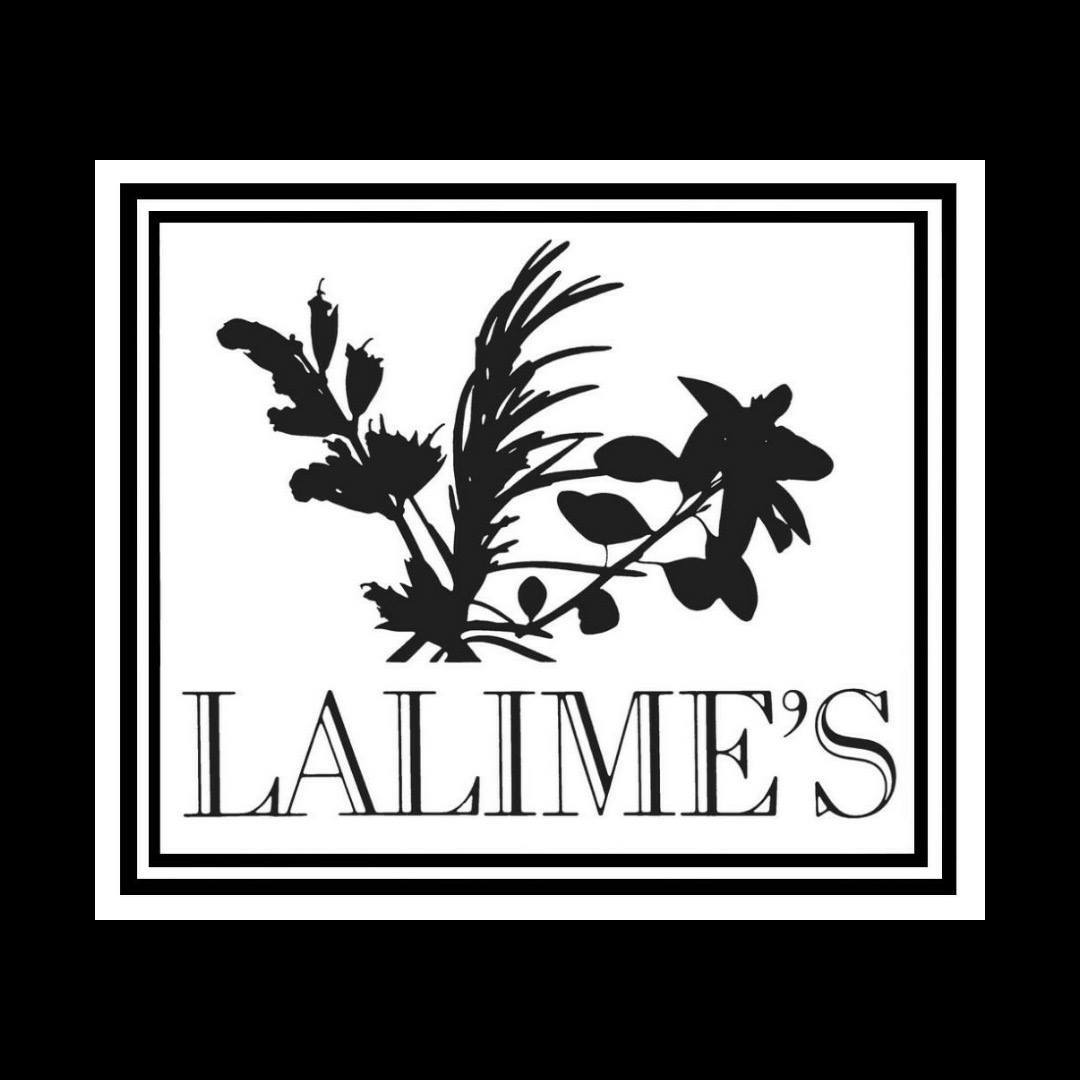 Slightly before they closed Lalime’s Restaurant, Haig and Cindy were starting a new Middle-Eastern, vegetarian, and vegan food project. The project was aimed at drawing a younger generation of clients in addition to the loyal regulars, who were predominantly old folks. In recent years, Lalime’s was not as busy as it used to be before and the restaurant’s owners were looking for an idea to spice up the joint. However, the COVID-19 pandemic halted these plans.

Closing Lalime’s Restaurant was not easy for Haig and Cindy Krikorian. For them, the decision to venture into the lucrative hospitality industry was not motivated by profit, but rather by passion– a passion that made leaving all the more difficult. The Krikorians have always cared about the meals they serve in their establishments and the hardest part of closing the restaurant for them is that they would no longer be able to serve food and present it to their customers. Another difficult part of closing the restaurant was its implication on the lives of their employees. Over 20 former employees of the restaurant have been struggling to make ends meet since the closure of the restaurant. Some of the measures the owners of Lamile’s have taken to alleviate the lives of their former employees include the sale of the restaurant items.

Although Haig and Cindy have retired from the industry, food will continue to be a big part of their lives. Since the closure of the restaurant, Haig keeps himself busy by making sourdough bread and sharing it with family and friends. He also loves skiing and hopes that he can use his free time to become a ski bum once the pandemic is over. Cindy on the other hand hopes to make use of her free time by continuing her work with plants and produce and teaching people about gardening at her role at Annuals and Perennials in Richmond. The couple lives in Albany and is excited about what will come next for the space that was home to Lamile’s for over three decades. Hopefully, a new person will take it over and preserve its role as a community spot. Whatever be the case, Lalime’s over three-decade legacy will continue to live in the hearts of Berkeley residents who enjoyed popping up in the area on a regular basis.…

While their other restaurant ventures have come and left, Lalime’s has stood the test of time, which Cindy credits to their adaptability and openness to change. Over the years Cindy and Haig have constantly reinvented themselves. They’ve had to invent new things or keep up with things because, in today’s constantly evolving world, failure to adapt would mean total decay.

Other than being a popular neighborhood establishment, Lalime’s Restaurant had a reputation of providing a seasonal, regularly evolving menu, where Levantine meals such as manoushe served with za’atar and humus coexisted with deviled duck eggs and crispy tripe. Lalime’s Restaurant has been an integral part of the Berkeley community since 1985. It was not uncommon to sight a group donned in small metallic paper hats lounging around the bar in celebration of a birthday. The restaurant has hosted 35 Christmases and New Year Eves, along with many annual mycological society nights, Pinot Noir blind tasting nights, and Mother’s Day Buffets among others.

Some of the features that distinguished Lalime’s Restaurant include the translucent white curtains covering the huge windows facing Gilman Street, the table cloths covered with a whitepaper, carpeted floor, and finished ceiling. The conspicuous brass plaque on the wall near the entrance honoring a deceased client who lived to reach 100 years made it evident that Lalime’s was part of the Berkeley fabric. The honored client was one of the restaurant’s oldest clients and had been a regular at the restaurant for over 20 years. Many of Lalime’s staff have also been members of the establishment for quite some time.

One of the notable members of Lalime’s team was Chef Anthony Paone. Before joining Lalime’s, Anthony Paone worked at the Kenwood restaurant and Sea Salt, which also belonged to the Krikorians. Anthony Paone has been a vital addition to Lalime’s and it’s California-Mediterranean dishes in recent years.

Paone’s starters were something to always look forward to. The flaky tuna confit with parsley, celery, and lemon over warm corona beans was spooned to create a temperature contrast that made the dish unique. The Salt cod Croquettes served with 3 crusted round balls in tomato sauce, anchovy, and olives also showcased the magnificent work characterizing Lalime’s kitchen.

The small-plates part of the menu featured amazing delicacies which include oysters on a half shell and a cheese plate. The Little Gem Salad featured leaves glazed with green majestic dressing and was served surrounded by croutons, roasted beet, and tangerines. One of the items on the menu that was a must-try was the grilled leg of lamb which comprised 5 excellent pieces of meat served with cauliflower puree. The Alaskan halibut was also quite a delightful selection. It featured crisped artichokes, well balanced green olive relish and Meyer lemon, and a little mint. A side dish that was a great accompaniment for the Alaskan halibut, was the pea shoots and morel mushrooms.… 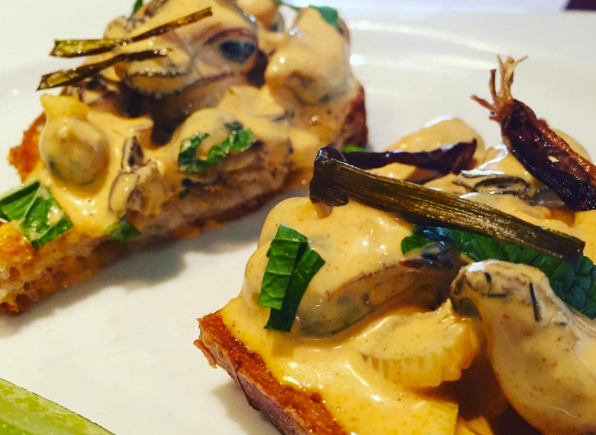 There is always that music band that is so good at what they do yet so little known. This is a very intriguing phenomenon. It sort of makes you dumbfounded why more people are not talking about it. This is the sentiment you would have if you accidentally happened to hop into Lamile’s Restaurant. Founded in 1985, by Haig and Cindy Krikorian, Lalime’s Restaurant is an establishment in the North Berkeley neighborhood with a warm atmosphere, a regularly evolving, predominantly French menu, and a remarkable wine list. Since 1985, Lalime’s Restaurant has stayed true to its classical French roots and has never tried to be trendy. This characteristic has allowed the restaurant to remain relevant and develop a loyal group of followers over the years. It’s a fine dining area that is popular with Berkeley residents and relatively easy to make a reservation.

For Berkeley residents, Lalime’s Restaurant served as a classic joint for celebrating accomplishments, birthdays, and anniversaries. For non-Berkeley residents, Lalime’s Restaurant was a destination where you’d be guaranteed to find lots of ample parking space once you managed to get a reservation due to its unique residential location. For Cindy and Haig, Lalime’s Restaurant was first and foremost a family. The couple were friends with most of their clients and celebrated many significant life events at Lalime. In fact, the owners had been friends with some of the clients for so long that they got to witness two of their succeeding generations–their kids and grandkids–which is a special thing.

Lalime’s Restaurant was opened in 1985 by Haig and Cindy Krikorian and operated from a tiny area on Solano Avenue (adjacent to Credit Sage), with Haig Krikorian as the head chef. The name Lalime’s is derived from Cindy’s side of the family and was a tribute to commemorate the family of six girls. When Lalime’s Restaurant opened in 1985, it distinguished itself as one of the few places offering the kind of meals it did, through a diverse use of high-quality products. Haig’s culinary background in classical French cuisine came to play early on during the establishment of the restaurant when he would make use of lesser-known ingredients from a variety of distant regions. However, it was the relationships he established with local vendors that made Lalime’s Restaurant unique. In 1988, the Krikorians relocated the restaurant to the cozy and well-lit storefront at 1329 Gilman Street

Haig has consistently used sustainable, fresh, and organic products grown within a hundred miles of Lamile, an ethos that has defined the restaurant over the years. During the early days of Lalime’s, Haig obtained baby veggies from Michael Norton at the Kona Kai Farms, sea products from Paul Johnson at the Monetary Fish Market, and Liberty ducks from Jim Reichardt at the Sonoma County Poultry. He also obtained ingredients from Berkeley-based foragers, showcasing mushrooms and Meyer lemons picked a couple of blocks away from Lalime Restaurant.

Although Lalime’s was Haig and Cindy’s first and last restaurant in Berkeley, they had opened a couple of others in between. For instance, they founded Fonda, Sea Salt, T-Rex Barbecue, and Jimmy Beans under the K2 umbrella group in Berkeley, all of which have had their fair share of fame before changing ownership or closing.…